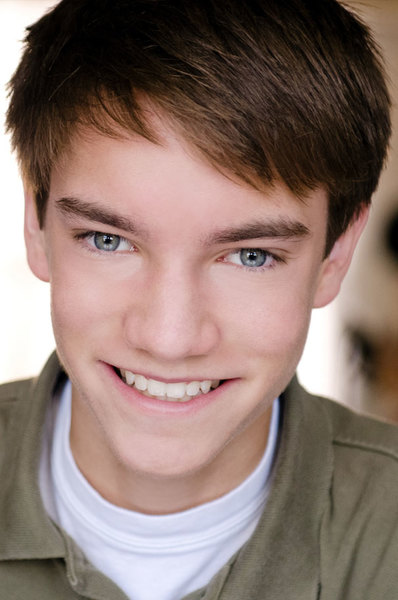 Matthew Heffernan musician, actor and Northwestern Medical School graduate, current
resident in Emergency Medicine at University of Wisconsin at Madison. Matt made his professional acting debut as The Turkey Boy in
​ A Christmas Carol at the Goodman Theatre at age ten. Matt worked at The Goodman Theatre for three seasons in A Christmas Carol playing multiple roles including Young Scrooge, Child in the Doorway, Pratt, Fezziwig dancing guest, street musician and Peter Cratchit as well as on WGN TV performing scenes from the show and as part of "Toys for Tots" toy drive. He also appeared as a newspaper boy in a national TV commercial with Peyton Manning for MasterCard and multiple comedy short films. Short film highlight roles include a young James Bond in Casino Bambino, an eager Boy Scout in Toilet Paper and an aspiring pre-med student in Deadline.

Matt's other professional acting endeavors include playing The Duke of York in Richard III at Chicago Shakespeare Theatre directed by Barbara Gaines. He was the Understudy for the role of Young Irving Berlin in Turn of the Century at The Goodman, directed by Tony Award winning Tommy Tune and starring Jeff Daniels and Rachel York. Additionally, Matt played 10 year old Tommy in Tommy at Northwestern University directed by Geoff Button.

Matthew started private violin lessons with the Romanian born Domnica Lungu at five years old. In grammar and middle school he played the violin for three summers and sang in an Interlochen Choir for at Interlochen Summer Camp as well as for recitals and with the Intergenerational Orchestra at SPUCC. In high school he became Concertmaster of the St. Ignatius high school orchestra and SI Honors String Ensemble. Matt was in the Debut as well as Concert Orchestra of the Chicago Youth Symphony Orchestra with performances at Pick Steiger Concert Hall on the Northwestern Campus and on the main stage of Orchestra Hall in Chicago.

In addition, Matthew has played lead country fiddle and sang harmony on multiple recordings with his family's musical group, Nancy Hays & the Heffernans. He has also appeared with that group on the You and Me This Morning television talk show and in the music video Mr. Santa which was also broadcast on The Heartland Network and national video outlets.

Matt was hired to perform at the Art Institute with a string ensemble and also at Grant Park Summerdance multiple times with The Robert Benson Orchestra. He also performed a Classic Christmas Show at Freedom Hall and at other performing arts centers in the Chicago area.

During Matthew's first year of medical school together with two classmates (Yale graduates), Matt helped form the Northwestern Medical Orchestra, a full orchestra dedicated to performing for patients and their families as well as in concert in Chicago. The orchestra performed concerts at Shirley Ryan AbilityLab and at Thorne Auditorium in 2019 and 2020. Matt served as the orchestra's Treasurer and Manager.